It Ain’t What They Say – Social Justice

In this series, I am taking a look at phrases and initiatives and calling out what I believe is intentional misguidance. This one is fueled by some of the posts I see in my feed on a near daily basis. It doesn’t seem to matter what side of the fence you are on, especially if you are not a recognized minority in this space. You are a target. Yes, a target. In my mind, Social Justice is one of those terms they made up to sound nicer than it is… It’s more like Social Revenge. When Social Media is used as a weapon, it can be more like Social Assassination. Why?

Why are people continuing to push an agenda that seems to be way past its life cycle?

When does the term Social Justice make sense then? Well, if there is a demonstrable example of a denied demographic in something and you seek equal representation… that may be considered Social Justice. When you surpass the functional equality of a situation and continue to demand considerations, approval, support, and even reparations for prior incidences… we cross over into Social Revenge.

This is not a Black and White discussion either. This is not just racism. While all of us are stuck in the era of Bidenomics – regardless of how you feel about the Administration – it is the Gen Z and Millenials screaming that the minimum wage needs to be $15.00/$20.00… and now reports of $30.00 per hour in some states. Their argument is that as a people group, they are being left behind the advantages of the previous generations.

Most are familiar with the recent California Law that got struck down by the courts for the architecture of business boards. In short, California was saying that if you had five people on your board, at least one must be a woman. Qualified? Time in Service at the company? What if the previous board members were invested? No matter. If you had 5 board members – one must be a woman. Then it went further. It stated that within a described timeframe, other members of the board must represent the LGBTQ+-? group. So at that moment, California decided they needed to know who I got naked with to qualify for my position at work. That is not Social Justice.

Say you consider yourself a Social Justice Warrior. Well, you are in trouble too. This is the latest post I see referencing people that support the mission.

It’s been bothering me that on this forum, I’ve seen some non-BIPOC people who have used anti-racism work as a stepping stone for their professional advancement.

I’ve seen them actively build a following on LinkedIn using so-called anti-racism posts and other types of engagement, later to be followed by (conveniently) some announcement of their upcoming book, running for some local political office, or some other move. Like the church lady from the SNL skit would say: “well isn’t that special?” I know some people like some of these people, and have even invited them to the cookout. I even follow or am a direct connection with some of them because I believed before I started seeing the profit moves. But I said what I said. And I see them.

This has greatly offended and troubled me because the terrorism, pain, racism, and continued vicious oppression of vulnerable BIPOC groups is not to be used for a non-BIPOC person’s come up. We are not the backs upon which you climb for fame and fortune.

Would you still do that work if you didn’t see some economic or power-gain benefit to you down the line? Somehow I doubt it. Do you not see how disgusting that is, and how this is just another oppressive and exploitative move?

If you respond to this thread and don’t say exactly what the author demands you respond with, they label you a racist, tag your company, and write “It’s a bad day to do business with the racists at @__________”. This is not a discussion. This is not intellectual discourse. This is Social Assassination.

Have you seen the viral video of Senator Hawley talking with a professor that regards the subject of her complaint as “Birthing Persons”? He asks, so we are talking about women? She goes on not only with her dissertation of all the different pronouns she believes can and cannot give birth, but then states that he is behaving in a “Transphobic” manner and inciting violence. What? How is this level of hyperbole helpful?

When someone questions your stance it is the opportunity for discourse and the sharing of ideas. This concept of belittling and shaming everyone that fails to see the world as you do is not helping society. It is not Social Justice. It is something well beyond justice.

I think of the recent episode with Macy Gray. When interviewing with Piers Morgan, Macy stated that just because a person changes some body parts, they are still the gender they began as. She said she would call them what they like out of respect, but if a man installs breasts and competes with women in sports… he/she is still a man. Boy oh boy, did she take a beating. Just days later, she’s on the morning TV circuit stating that she is still learning. Not only is she still learning, but people in the LGBT community are heroes and should serve as an example to everyone.

It’s not enough to say “Hey, sorry you were offended. You do you, and I’ll be over here doing me.” No. You must not only recognize, but you must support and propagate the position of the Social Justice army.

Every group or position has its zealots. However, society operates in more of a neutral zone. When Social Justice activists insert themselves into mainstream areas, like Black Lives Matter, sometimes they gain steam. But when the smoke clears and enough people in the mainstream “Follow the money”, not only is the steam evaporated, but the core purpose of the initiative is damaged.

Prior to BLM, black unemployment was at an all-time low. Secondary education enrollment was up, and Historically Black Colleges were getting the funding they had not seen prior. BLM built how many parks in disadvantaged neighborhoods? How many libraries did they erect? What is the giving record to Historically Black Colleges – especially since the preceding administration gave? Now ask how many dollars went directly to the campaign of the man in the White House currently… that is not Justice.

Right now, in the corporate world, Diversity – Equity – Inclusion is the buzzword. Great. If you feel there is palpable injustice in the corporate environment and that can be fixed by skewing the hiring numbers in a direction by simply placing your preferred demographic in position, you are incorrect. In order to have a proper DEI initiative, companies need to have follow-ups. They need to ensure that the hiring decision truly reflects the skills and culture needed to experience success in the position… or they have temporarily solved one complaint only to magnify problems on the other end.

Sometimes, when you make a decision to balance the numbers, you must also decide to invest further. DEI claims to be about opportunity. They make great presentations on inequality, shaming the executives for their selfishness and greed, then they get paid. Oh, they get paid. What they miss on the back end is the pain that comes with the opportunity that has no direction. When Race, Sex, or Preference surpasses skills and experience in the interview process, there needs to be a backup support system in place for ensuring the success of the decision.

Look to our nation’s press secretary for a working example. When they announced her, it was all about her connection to LGBTQ and being a Woman of Color. How degrading. Imagine if the announcement was more like “She is an accomplished journalist, she won the x-y-z- award, she is an active alumnus of x-y-z as well as representing women of color and LGBTQ across the nation.” Truth… that last part was actually me giving in. It’s obvious when she is on TV that she is a Woman of Color and nobody should care who she gets naked with… she is supposed to be the Press Secretary. When we look at the position, we see few that could rally to her level of failure in filling that role. They specifically wanted to trot out a Gay Woman of Color for the role. Fine. They should have prepped her better for success.

Their impatience and quest for “Social Justice” actually degrade the fight for everyone else in the category they purport to help. It ain’t what they say… it ain’t justice. This is not an attack on your beliefs if you cater to these ideals. I just don’t want to have to believe the term — Social Justice. 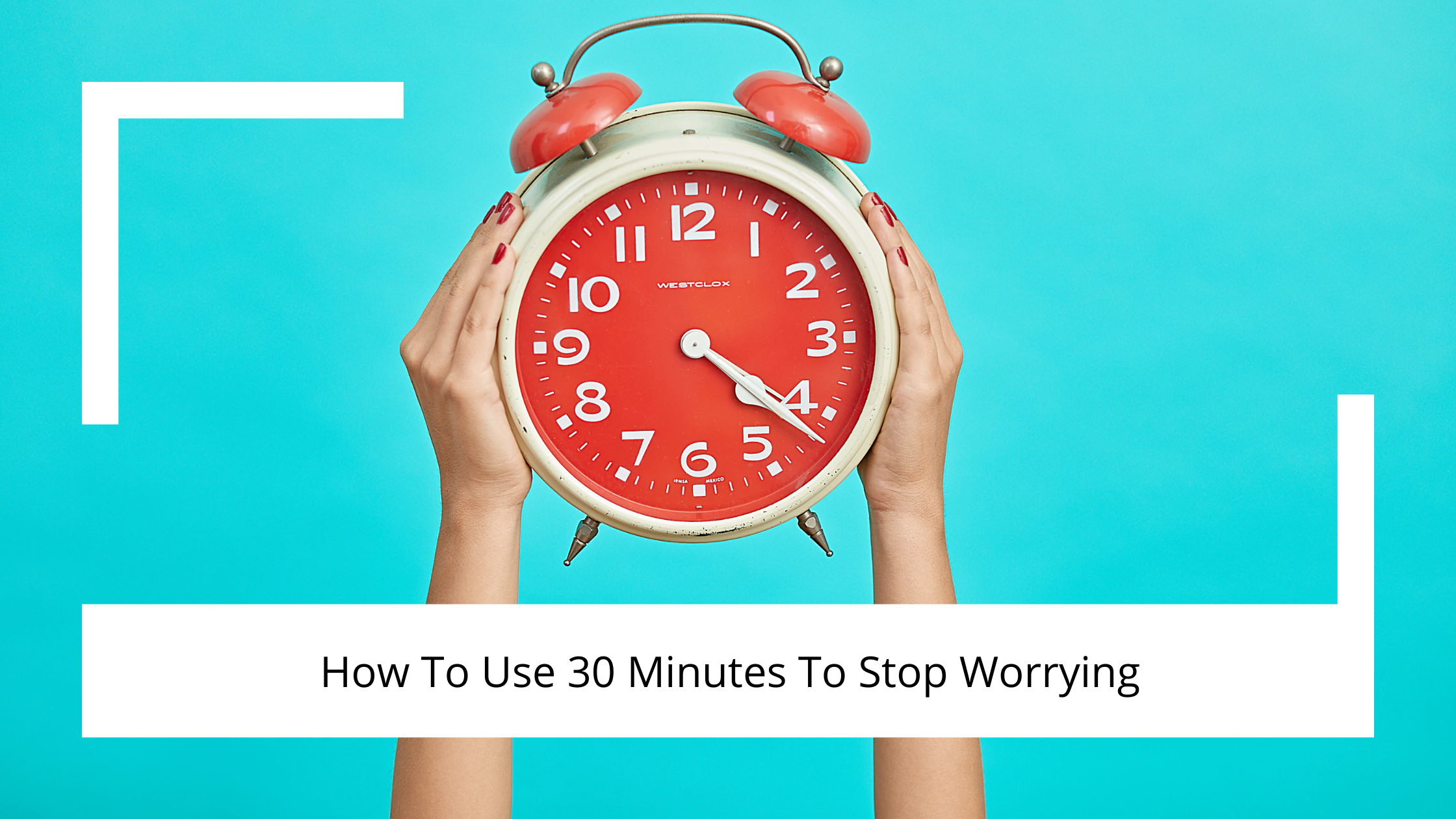